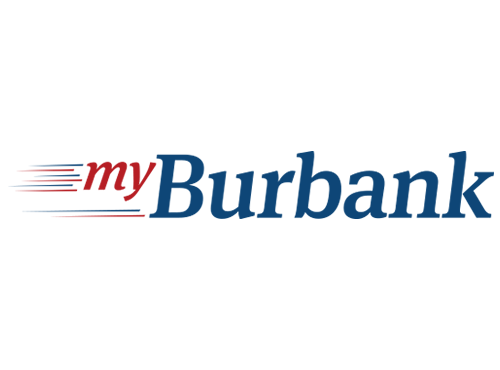 Our journey has been long and evolving. Our latest new and improved step is our updated website!

While 2020 has had ups and MANY downs, myBurbank was lucky enough to receive a grant from the Google News Initiative’s Journalism Emergency Relief Fund to assist us with getting the news to all of you in Burbank. The grant was for us to support original journalism for the provision of news. myBurbank was lucky enough to be selected from 12,000 applications from more than 100 eligible countries.

We decided that our largest problem was how outdated our website was and how hard it was for people to find the information they wanted. Our previous website was our second generation and designed back in 2013 right after our name change from BurbanknBeyond to myBurbank.

While the old site was an improvement from our original one, it had become outdated.  We contacted our friends at Counterintuity who designed the first site and asked if they possibly had any new ideas. Did they ever!

Owners Lee Wochner and Amy Kramer helped us brainstorm and come up with new ideas and looks that would fit into our style and what Burbank is looking for in a news outlet. Both owners and the staff at Counterintuity are dedicated to what they do and have an abundance of pride in what they put out. What was just as important for us is that we were keeping our spending IN Burbank.

So the process started in June and soon, we were having Zoom meetings as we kicked the wheels on the tires. Right near the end of the process, we thought the site really needed just one more thing… a new logo!

Once again the creative folks at Counterintuity got to work and came up with the new logo. It is clean and signifies the most important thing – we get news to our readers FAST. Through our website, Twitter, Instagram, and Facebook platforms, we get the news out to Burbank residents quickly.

We at myBurbank are very proud of the new site we are bringing to our readers and thank you for the support you have given us over the years. During the initial days of the pandemic, many of you donated to us so we could continue to operate and pay our writers after some of our advertisers were forced to suspend their advertising due to their businesses closing. Not only were we able to pay our writers, but we also gave them a little extra to help them get by since many of them were also feeling the economic pinch and were unable to file for unemployment since they were considered independent contractors.

We can’t thank our readers enough for their support!

When we started our website back in 2010, Ross Benson and I had been working in print media for most of our adult lives. We worked for every news outlet in both Burbank and the general Los Angeles area since the 1970s. I first started with a paper called the Burbank Scene back in the ’70s where we had an office on the Golden Mall. Ross and I became good friends over the years and when things were starting into a downturn for newspapers with subscriptions and advertising, we asked ourselves what the future held.

Our world had started to go 100 percent digital, with the phones in our hands being a portal to the world. Since there was not much of an online news presence in Burbank, we thought we would give it a go.

Great idea, just one large problem – who would look at it and how do they even know it is there?

So here we are, with very little budget, trying to figure out how the average person in Burbank would find us. Those first couple of years were frustrating when we broke great stories, yet all we heard was about the Leader. But we perservered.

We came to the conclusion that the news meant different things to different residents. Let’s face it, most people just care that their streets are swept and their trash picked up weekly. Besides that, most really don’t care about local government. We get that and we also know they will look for a government story when there is an important issue that affects them directly.

Besides that, many residents have kids and they attend schools. We recognized that and brought on an amazingly talented writer/editor in Lisa Paredes, who is our Associate Editor and covers the schools for us. Not only is she a Burbank resident, but also a parent with two incredibly talented daughters in the arts.

We also knew that many people just bought a newspaper and took out the sports section and tossed the rest so we started a sports section of our own. We had a few editors over the years including a young Tom Crowther who was working his way through school and is now DR. Tom Crowther and the Principal at Burbank High School. We were lucky enough to nail down Jim Riggio a few years ago who has worked the Burbank sports scene for over 30 years and has not only vast knowledge but also an amazing memory of Burbank athletes. We also picked up Rick Assad who also has been covering the Burbank sports scene forever it seems!

So now we had news, schools, and sports, and readers started to find us. In 2020, we now have months with 50,000 readers coming to our site a month. With our Twitter feed @myBurbankNEWS and @myBurbankSports, we also can share immediate news before anyone else.

So it has been a journey, Burbank, and we invite you to jump on and enjoy the ride.