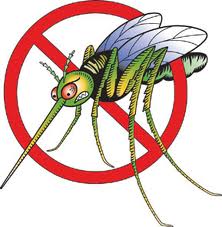 So far this year, GLACVCD has identified a total of 107 WNV-positive mosquito samples, 24 WNV-positive dead birds, and two WNV-positive chickens within its jurisdiction.

Statewide, a total of 1,629 mosquito samples, 954 dead birds, and 168 sentinel chickens have been
identified as positive for West Nile virus. In addition, 56 human cases of West Nile virus have been
reported throughout California this year.

According to Vector Control, there are simple precautions residents can take to reduce mosquito bites and the risk of West Nile virus infection, including following the three D’s of mosquito protection:

1. Dump/Drain
Eliminate or report standing water on your property because that’s where mosquitoes breed.

2. Dusk/Dawn
Avoid outdoor activities at dusk and dawn when mosquitoes are most active.

3. Defend
If you are outdoors when mosquitoes are biting, wear long pants and long-sleeved shirts and apply insect repellent containing EPA-registered active ingredients such as DEET, Picaridin, IR3535, and oil of lemon eucalyptus.

West Nile virus is transmitted to people and animals through the bite of an infected mosquito. There is no cure for West Nile virus. Approximately one in five people who are infected with West Nile virus will develop symptoms such as fever, headache, body aches, joint pains, vomiting, or rash.

The public is encouraged to report dead birds to help with West Nile virus surveillance and control
efforts. To reach the California Department of Public Health (CDPH), call the toll-free hotline at
1-877-WNV BIRD or visit on-line at westnile.ca.gov.  For more information, visit glacvcd.org.