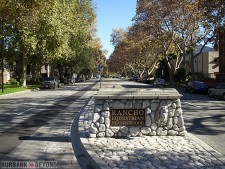 How did this come about?
The Rancho Master Plan was adopted in 1993 to provide special land use policies to protect the unique character of the Rancho neighborhood. Following the controversial proposal in 2006 to build a Whole Foods Market at the corner of Alameda and Main, many Rancho residents believed it was time to revisit and update the Plan. In 2008, city planners held community meetings with residents to discuss the vision for the future of the Rancho area. The input received was used to create a draft vision document that discussed different options for the future of commercial properties in the Rancho area (available online at www.burbankusa.com/planning).

Why now?
After the release of the draft vision document, the planning process was put on hold due to competing priorities for the city planners. There has not been much discussion about the future of the Rancho since that time. Now the future of the Rancho neighborhood has again come to the forefront as a result of a proposal to build residential units on the site of the General Motors training facility on Riverside Drive. While that project is following its own course through the process, the City Council has asked city planners to again meet with residents and property owners from the Rancho neighborhood to discuss the future of the entire area.

How do I find out more or participate?