A White Stolen Mercedes was seen speeding down several freeways some people watching it unfold on T.V and others here in Burbank witnessed it in front of them. 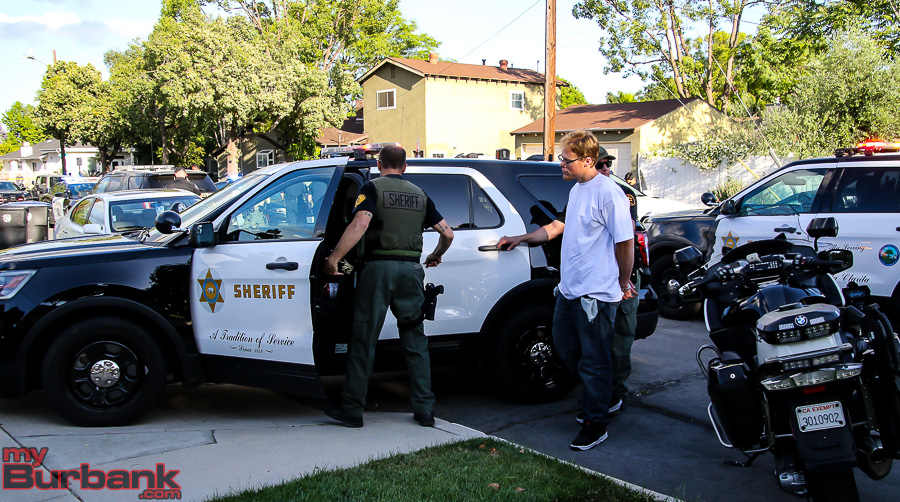 It all started when a Los Angeles County Sheriff  Deputy out of the Santa Clarita Office attempted to stop the car in Saugus for a traffic violation, as the officer was approaching the car the suspect nearly ran the Deputy over while fleeing. 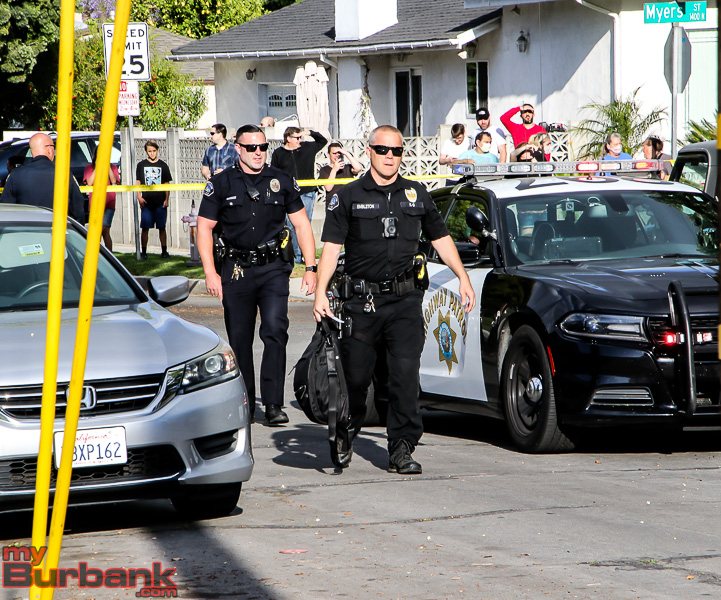 The pursuit that was originally started by LA County Sheriff’s was turned over to California Highway Patrol when it ended up on the freeway, the pursuit headed southbound I-5 and came into the Burbank area staying on the freeway the suspect exited the I-5 at Buena Vista and headed toward Winona proceeding toward Glenoaks the driver attempting to lose the officers not knowing there were five News Helicopters and two Police Airships watching closely. The driver was seen tossing out a black bag in the vicinity of Peyton and Grismer. The bag was retrieved by Burbank Police Officers as the pursuit continued now southbound Glenoaks Blvd at speed in excess of 110 miles per hour the CHP now in total command as Burbank Police Officers were advised to stay out of the pursuit by Commanding officers.

The pursuit made its way through the streets of Burbank the suspect dumping merchandise along the way as it made it’s way to Monterey Avenue it struck a CHP cruiser at Myers St. that caused the car to hit a City No Parking sign and a city tree the car then lost control as it continued rolling westbound the driver jumped from the moving car and attempted to jump a fence and was then taken down by CHP Officers with guns drawn the car hit a parked car to come to a stop. 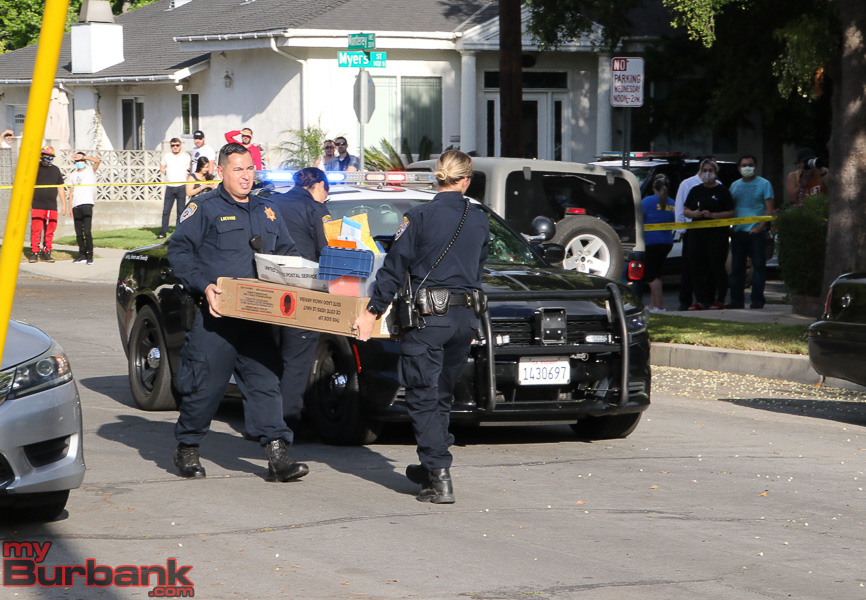 The suspect was arrested and turned over to Los Angeles County Sheriff Deputies at the scene, the alleged suspect is Justin Roush, 29 years old from Sun Valley. He was charged with 245-C Assult on a Police Officer, Driving a Stolen Vehicle, having drug paraphernalia, reckless driving, and Identity Theft his bail set at $250,000.

The Mercedes was reported stolen out of Camarillo California. The mail and packages that were recovered some had addresses located in West Hills.