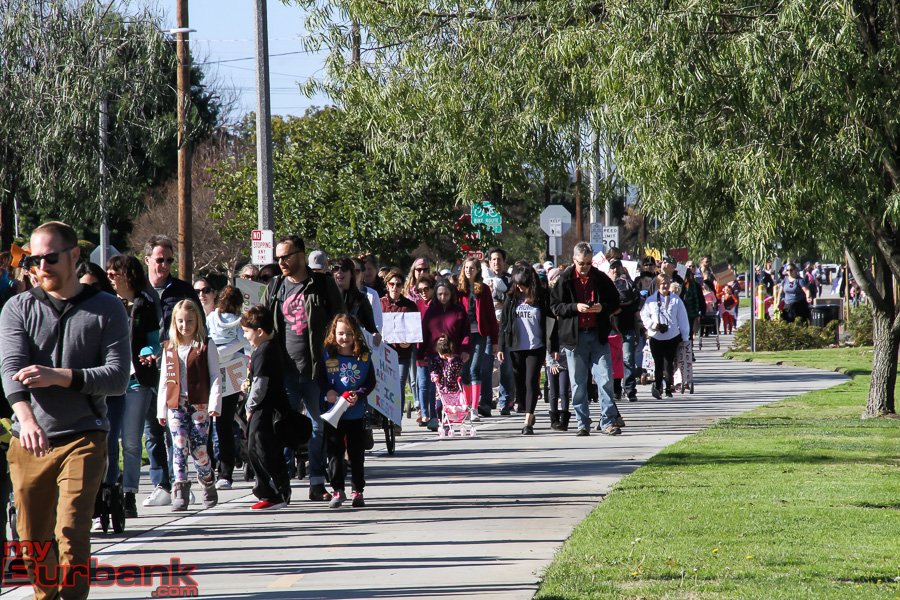 The local march ‘Women’s March Burbank’ was the idea of Ashley Erickson, one of the founders of the Facebook Page Magnolia Park Mamas. She wanted to support today marches but knowing hundreds of mothers had kids and didn’t feel taking them to downtown Los Angeles was safe she thought of Chandler Walk Bike Way. The women started at Mariposa and Chandler Blvd and walked west toward Hollywood Way.

Burbank Police provided traffic assistance at the intersections of Keystone, Buena Vista and California Streets where traffic was able to detour onto Chandler around the walkers. 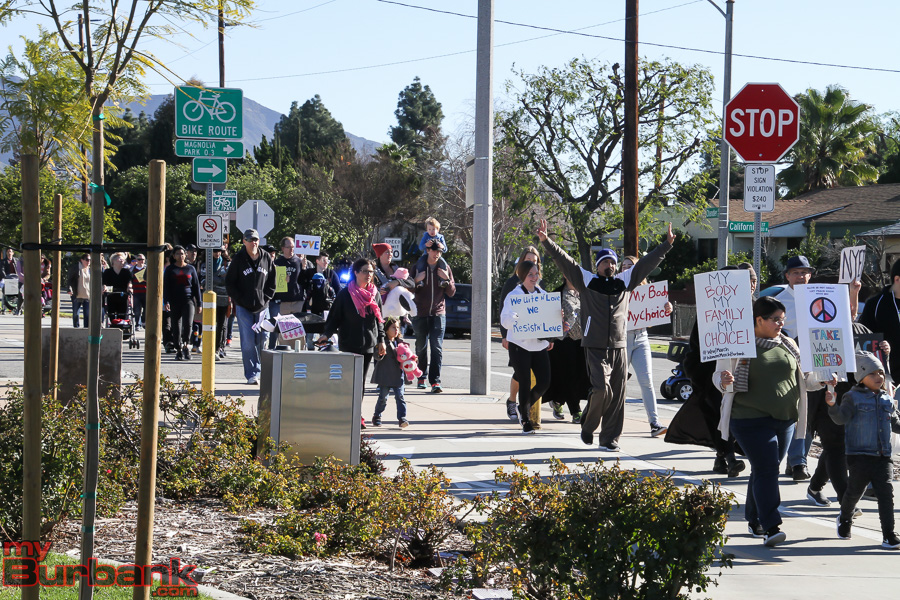 What looked like thousands walking was actually just in excess of three hundred people.The gathering walked to Hollywood Way and then turned around and walked back to Mariposa. Several of the people walking were happy that they could feel a part of millions walking across America and doing safely in their own City of Burbank.

Myburbank was on scene to shoot some pictures of the events and here is a gallery of shots.