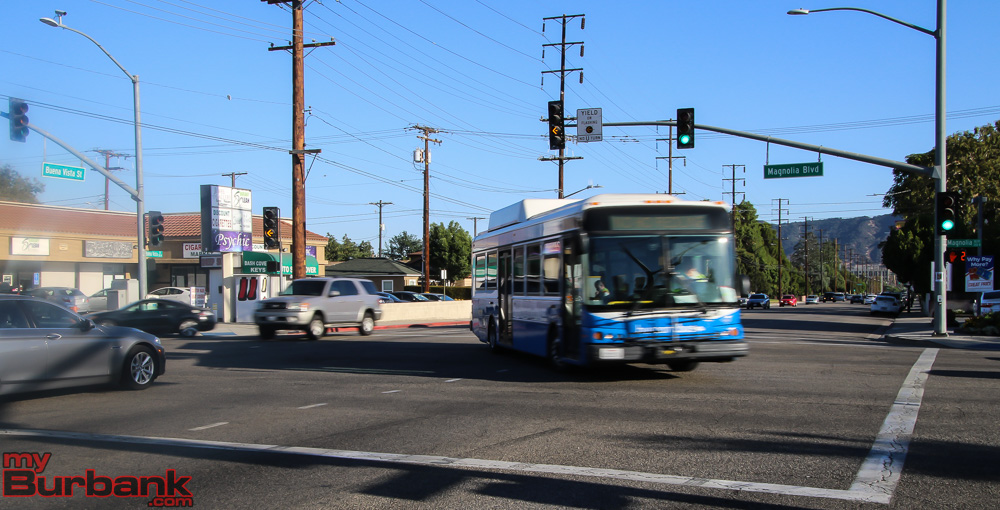 Starting as far back as June 2016 and most recently in March and April of this year, yellow left turn signals were introduced to various intersections throughout Burbank. While it is an effort to increase road safety and improve traffic flow, some drivers have raised concerns, citing confusion as to what the lights mean.

The City of Los Angeles first implemented “protected/permissive” left turn signals as they’re called, over a decade ago. Burbank is among the latest surrounding cities to receive the change.

“We did one test in June 2016 at Olive and First to observe it, and it was working well, and that’s why we expanded it,” said Jonathan Yee, Traffic Engineer and Assistant Public Works Director.

Flashing yellow arrows, known as amber arrows which tell drivers to proceed with caution, follow a green arrow, which give drivers making a left turn the priority.

“The whole background behind it is, research was done on flashing yellow lights for 7 years. The flashing yellow light replaces the green circle, and the Federal Government found that it was safer in the sense that there were fewer people who interpreted it as a green right-away for left turns, and also fewer collisions,” explained Yee.

Although they are meant to improve safety, some believe the lights have backfired, endangering those who are forced to make an in-the-moment decision based on whether they should turn or not when the arrow flashes yellow.

“They are unsafe! They do not make driving easier. If anything fix the timing of the lights at Chandler!” tweeted Burbank resident @dblares.

At a City Council meeting on Tuesday, September 19, a concerned citizen brought the newly implemented amber arrows to the Council’s attention.

“There are so many traffic accidents happening. I’m not making this up, on my way here tonight I witnessed another traffic accident at Olive and Victory… The traffic signals, those yellow blinking lights that have been placed in the city, I understand from one of the officers at the accident that those have actually increased traffic accidents at those intersections,” said resident Audrey Ford, who received applause from many of those in attendance.

Ford cited a study from Minnesota publication, the StarTribune, in which 34 crashes were recorded at an intersection with amber arrows over the course of last year. 16 accidents were attributed to drivers who didn’t realize the yellow lights indicated they needed to yield.

Mayor Will Rogers responded to comments by a few at the meeting who were opposed to the lights, stating, “Blinking yellow lights are all over this country. I’ve gone through them in Denver, in Portland, in Florida, in Arizona… It may be the first time we’ve seen them here in Burbank, but they’re not new…”

Mayor Rogers also noted that the lights have never confused him personally.

Despite the controversy, several residents have expressed how grateful they are for the City’s effort to make the streets safer.

“Those flashing lights are the best thing Burbank has done to improve traffic in the last year. Love, love, love them!!” tweeted @craftybeans.

Likewise, some who were originally hesitant to the change are beginning to feel comfortable with the City’s decision as they realize the benefits of amber lights.

“In the beginning they were annoying, but I now understand their purpose,” tweeted local @Jack_the_Smith.

For those who have strong opinions on the recent addition of amber lights, whether in favor of them or not, the City Council is willing to listen to locals who have been affected.

In a city with a growing array of business enterprises such as “America’s largest Ikea,” Empire Center’s Walmart, and a Target Express coming soon to Hollywood Way, finding better ways to control traffic is important. More and more people are coming into Burbank from outside the city limits, and simple modifications to intersections can reduce accidents and save drivers time on the road.

In November, the intersection of Buena Vista St. at Verdugo Ave. will also be affected. The update to Burbank traffic lights will continue through June 2018.