Editors Note: This is a followup to the original story by Maria Hsin which you can read HERE.

Customers walking into World Empanadas on Magnolia Boulevard may have noticed they are now able to sit down while they wait for their order, or consume the empanadas on site. 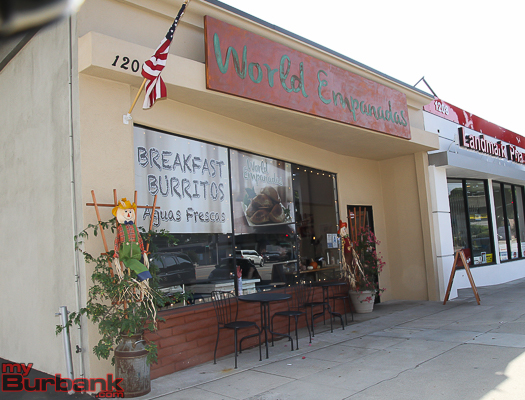 “People really like the tables and chairs, they’re so happy,” said owner Liz Hirtz, who runs the business with her two sons and husband. “A whole family will come in, and the kids draw on the board. It’s a good thing.”

As of Oct. 1, World Empanadas was able to bring back their indoor seating, and their application for outdoor seating was approved, Hirtz said.

Hirtz, her two sons and husband, who hails from Argentina, opened World Empanadas in May 2012 on Victory Boulevard. Hirtz is from Mexico and came to the U.S. when she was six.

By November 2014, the demand for their empanadas had grown such that Hirtz was transporting the Argentine staple in warmers to the current restaurant on Magnolia. 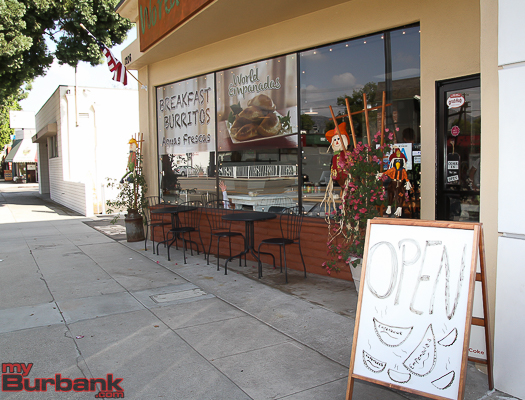 The Magnolia location did not have a full kitchen, and there was only a permit for it to operate as a retail location. In February, the family closed the Magnolia shop to renovate it and have a fully-functioning restaurant.

“It was too crazy,” Hirtz said of transporting the food from one site to the other.

After the remodel, filing the necessary paperwork with the city and about $70,000 to comply with city codes, Hirtz and her family thought their headaches were over and they could now focus on running the business.

Her contractor was informed that before opening, the restaurant would need to create one handicap parking spot, leaving her with a total of four parking spots, Hirtz said. The last step in the process for them was a license from the Los Angeles County Department of Health, and on May 5, World Empanadas was open for business again. 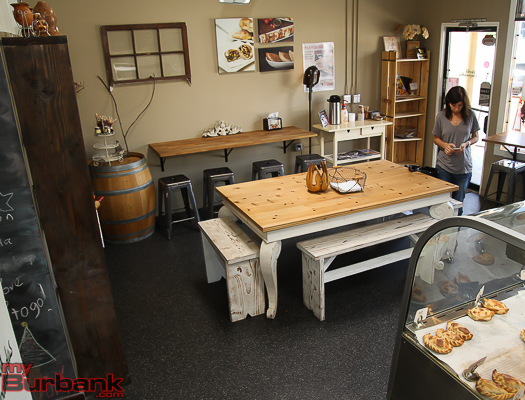 Then, in June, the business received some news from code enforcement that there was a violation, and all seating was to be removed in four days, Hirtz said.

World Empanadas apparently needed 17 parking spots, based on the size of the restaurant. Hirtz was told she could fill out additional paperwork for a special permit to operate as is.

Her was told last month that now that the city had received her paperwork, neighboring businesses within 1,000 feet of World Empanadas would have an opportunity to comment on the special permit the restaurant may be granted. Hirtz was informed she could have an answer as to whether she may install tables and chairs by mid October, and then was told she needed a permit for the outdoor seating. 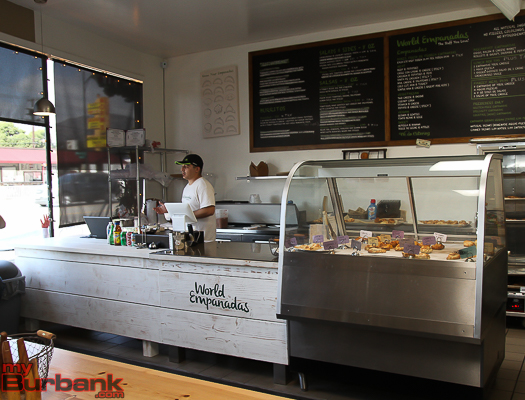 Looking back on the last few months, Hirtz referred to the difficulties as a hiccup, and offered some advice.

“There are days you feel overwhelmed and like you could really drown in a glass of water,” she said. “We leased this place back in November of last year. There was nothing. Just a shell. We wanted to bring empanadas here. It’s been less than a year, we’ve been able to get a hood in there and open up a restaurant. I think we were very lucky. I would just tell anybody that you need to be really persistent and ask questions before you do anything. Don’t be discouraged, because the limits are your own.”