If you want to launch 2015 with a laugh, go see the Group Rep’s presentation of Don’t Dress For Dinner at the Lonny Chapman Theatre. Marc Camoletti’s belly-shaking farce, as adapted by Robin Hawdon, channels Groucho Marx’s physical comedy and Preston Sturges’ sophisticated hilarity. Director DRINA DURAZO and her superb cast have found the sweet spot where the tale stays believable enough to maintain the suspense and wild enough to keep the humor flowing.

And a swell story it is. We find ourselves in the swanky living room of a country home not far from Paris, in the company of a well-to-do, happy couple–but not necessarily with each other. 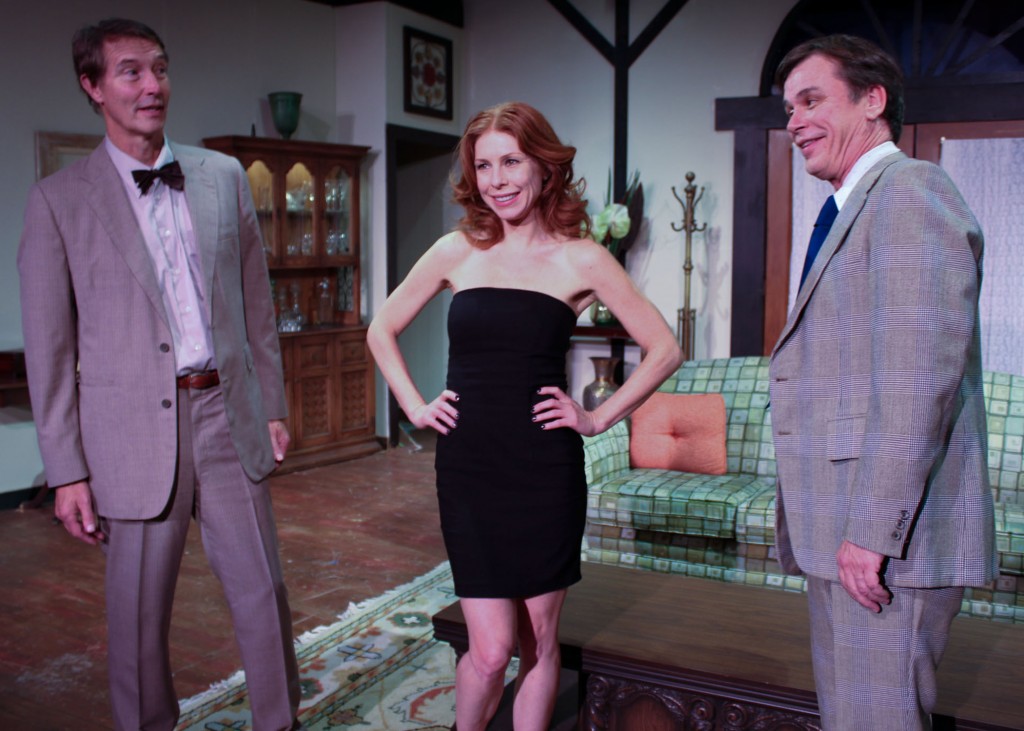 Bernard (PATRICK BURKE) is definitely happy that his wife Jacqueline (JULIE DAVIS) is going to visit her mother for the weekend. With the house to himself, he’s planning to spend quality time with his knockout mistress Suzanne (STEPHANIE COLET,) soon to arrive at a nearby train station. He’s even arranged for top chef Suzette (JENNIFER LAKS) to come to the house and prepare an impressive dinner for him and Jacqueline. (And they may not dress for dinner.)

Bernard’s unsuspecting pal Robert (PATRICK SKELTON) will also be dropping by for a weekend visit, and Bernard is prepared to use him as an alibi if needed.

It’s needed. Thanks to a telephone call, Jacqueline learns about the cook. So Bernard says it’s because his good friend Robert’s visiting. 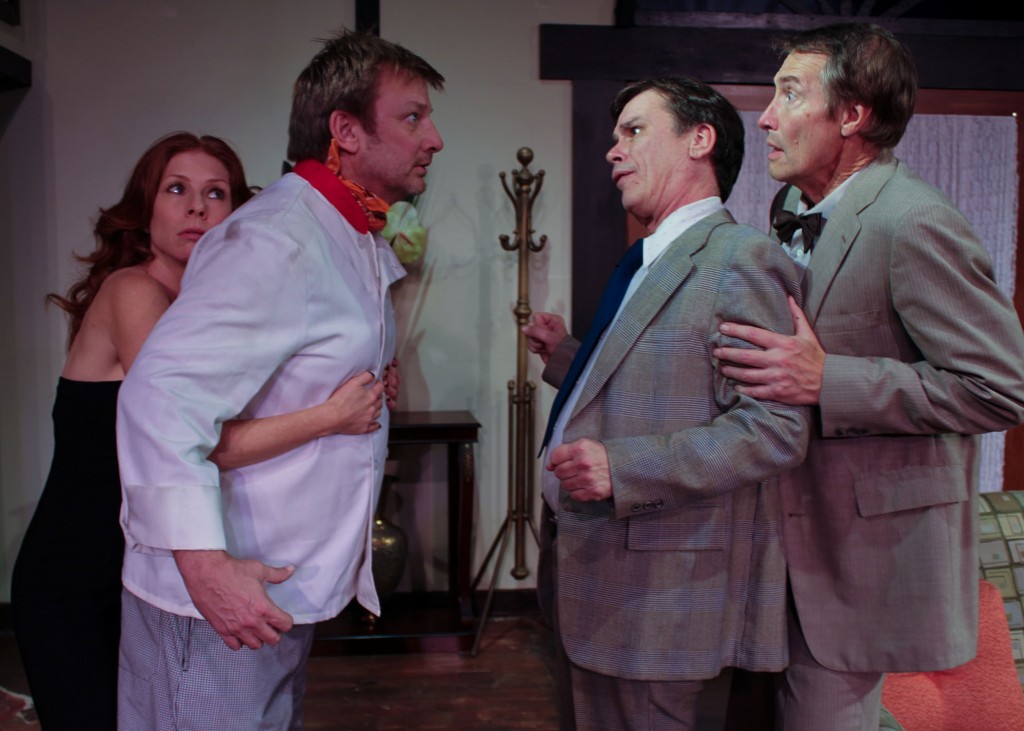 One little wrinkle: friend Robert is also Jacqueline’s secret lover. So a hasty minute later, Jacqueline is telling Bernard that her dear mom’s under the weather, so it looks like she’ll be joining him and Robert for dinner. Isn’t that wonderful?

And now the audience’s anticipatory chuckles turn into guffaws as the actors beautifully pay off the set up of this first-rate farce. That also includes J. CHRISTOPHER SLOAN who is the cook’s husband George, with just the right mix of befuddlement and menace.

“Oh what a tangled web we weave!” Ah, but Don’t Dress For Dinner is an intricate web that lets no morsel of humor escape. Since high school, Drina has been loving, stage-managing and directing French farce (particularly that of George Feydeau.) Her love shines triumphantly in Don’t Dress for Dinner. 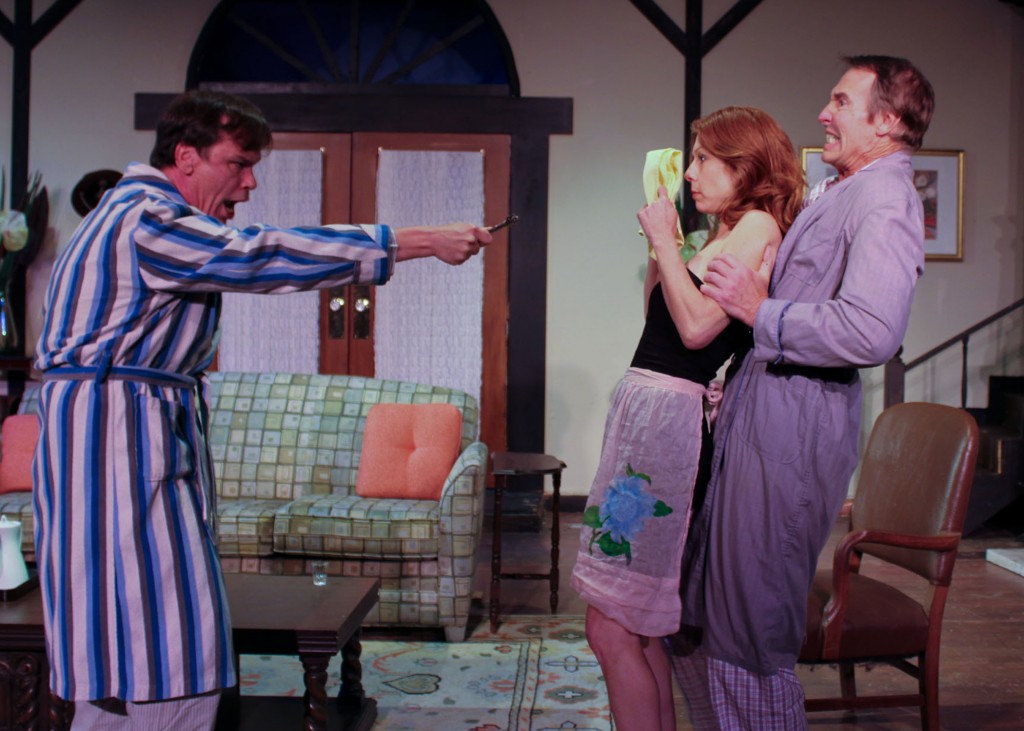