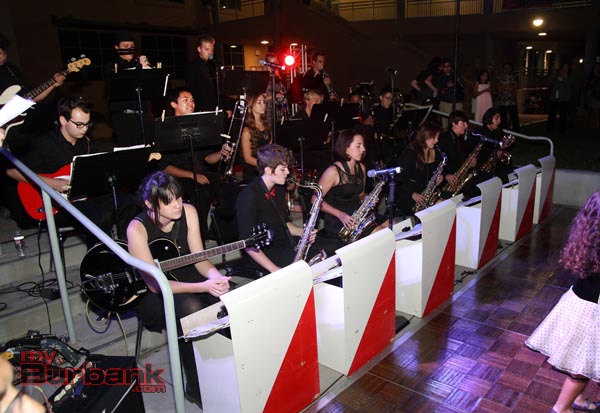 The John Burroughs Jazz Ensemble kept dancers of all age groups sizzling on the dance floor throughout the fourth annual Salsa Under the Stars fundraiser in the high school’s quad on Saturday night. 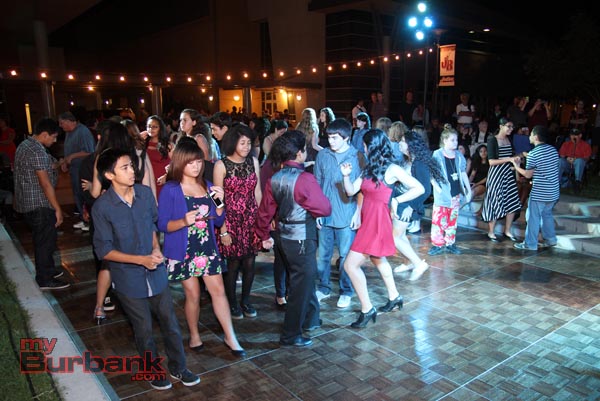 Those not stepping lively to the beat were tapping their feet as they dined on spicy tacos by Taquizas Medina and delectable dolces from the dessert table. More than 350 people attended.

Burroughs Instrumental Music Association, made up of 50-plus parents — some alumni of the music program themselves — had been there since before lunch, preparing for the event, said Booster President Robert Jung. Students in the Tech Crew class volunteered their time to running the lighting. Acey Decey Lighting, from the city of San Fernando, donated the lighting equipment. 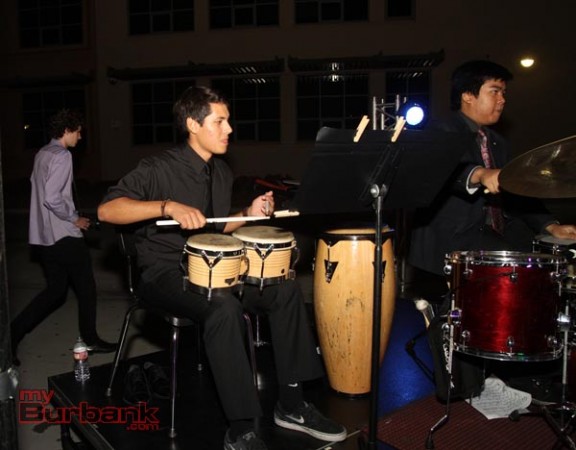 The association has to raise an annual budget of $135,000 to support the school’s four groups — the Wind Ensemble, Symphonic Band, Concert Band and Jazz Ensemble, which perform during the spring semester, said Amy Navarrete, salsa event chairwoman. The students in all four groups –150 musicians — make up the marching band in the fall. Twenty more are in the color guard.

The budget covers the costs for instrument repair, purchasing music, competition entry fees, transportation, uniform cleaning, coaching, new instruments and more. On the wish list is replacement of the 24-year-old uniforms, she said.

The Jazz Ensemble boasts 23 students and its annual budget goal of $5,000 goes to pay for such costs as transportation and entry fees for spring competitions, like the Fullerton College Jazz Festival and the Reno Jazz Festival. 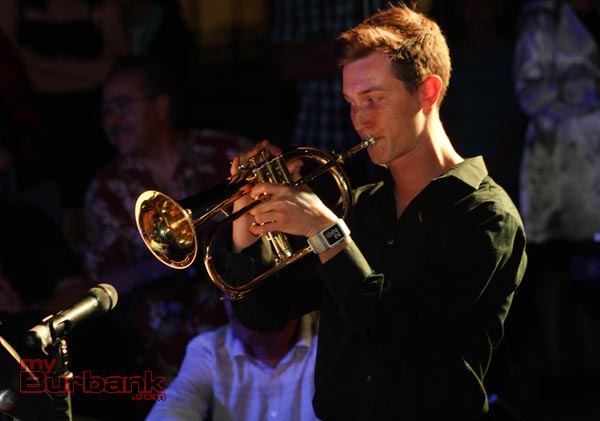 The Arturo Sandoval Institute, a non-profit organization dedicated to preserving instrumental music education in public schools and universities worldwide, has underwritten the salsa event for the past two years, Navarrete said. In addition, former mayor Marsha Ramos, who played clarinet while attending Burroughs, was the honorary co-chair.

“Normally they perform in the auditorium and everybody is sitting there clapping,” she said. “But here you have an interaction with the audience. This is what you do if you want to go into the music industry.” 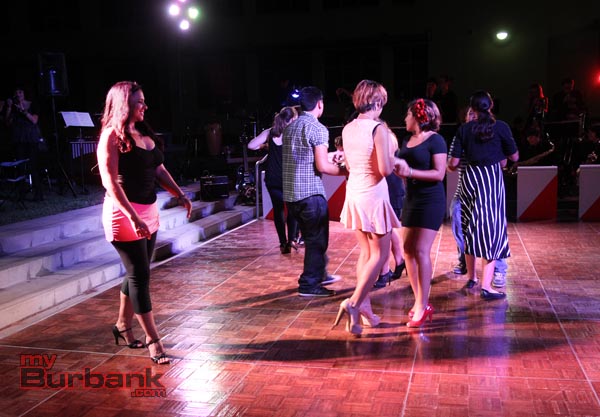 The salsa event grew out of the success of the swing fundraiser held each January, Ryan said adding that the new genre just enriches the ensemble’s musical repertoire.

Paulina Arango, IMA president, plays alto saxophone in the Jazz Ensemble. The Burroughs senior was among the students who went to the Reno Jazz Festival last year.

“You meet a lot of amazing people and players and you get to listen to amazing music,” she said. “It’s nice to get away and perform in competition somewhere else. There are schools that are so great at performing it makes me want to play better.”

Parent Lorraine Meza was helping people choose from the array of homemade baked goods at the dessert table. Her daughter, Monique, is a senior at Burroughs and plays the trumpet and oboe.

“The evening has been really great!” she said. “I love listening to the live band. This event is important because its brings students together. They enjoy special events like this.” 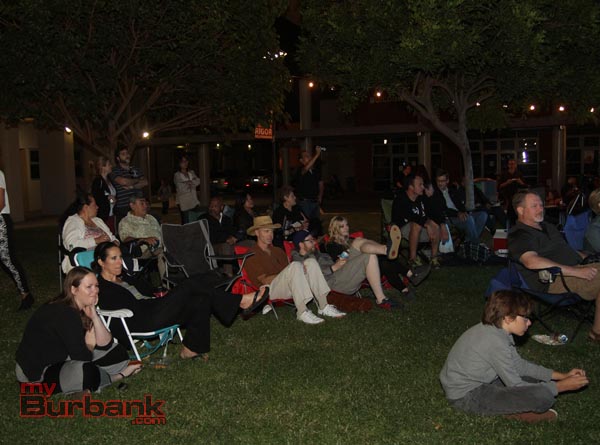 “It’s a privilege to be able to participate in all these different events that bring families out, from grandpas and grandmas to the little ones,” she said. “It’s a kid-friendly event and the main goal of this event is to raise funds for the budget to buy things that are needed, like new uniforms. Some of the people don’t have kids in bands but they are part of the Burbank family and we’re all pulling it together.”

The salsa concert drew such a large crowd, it was more like playing a professional gig, said Band Director Taylor Arakelian. 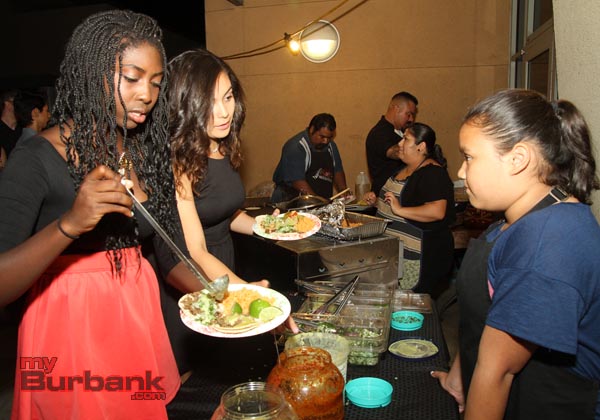 “There are a lot of gigs played in similar venues to this, so the students having the experience of learning the music and performing is great, especially for those thinking about continuing into music as a career,” he said.

In his first year as band director, Taylor Arakelian is looking forward to the Jazz Ensemble attending many competitions and having a successful Swing Night in January. As director of the marching band, Arakelian wants the band to have a strong presence at the football games and represent the community well whether it’s at football games or field show competitions.

“I’m very fortunate to be teaching at this school,” he said. “The kids, parents and administration are great. Everybody has been so helpful. I go into the office and if I have questions, they are more than willing to help me and it’s a very comforting feeling. I couldn’t be luckier.”

The next concert is the Holiday Spectacular, a joint event with the Burroughs Vocal Music Association, on Dec. 5 and 6. Upcoming events are the Swing Night on Jan. 17; Festival Prelude on March 12; Spring Musical from Feb. 6 through 8; and “Live! At the Burroughs Bowl” on May 23. Fundraisers are planned for March and April. For more information, visit www.jbhsima.org.